Anatomy of Finding Something on the Floor

Tagged as Canna getta WITNESS?, DON'T JUDGE ME!, OCD for You and Me, Reality Theatre, SCIENCE!, WTF?

My (Not So) Inner Beavis

As y’all should know by now, my sense of humor pretty much stopped maturing at around age 12.  Age 12 for a boy, in fact.  So I present:

THINGS THAT MADE ME GIGGLE LAST WEEK 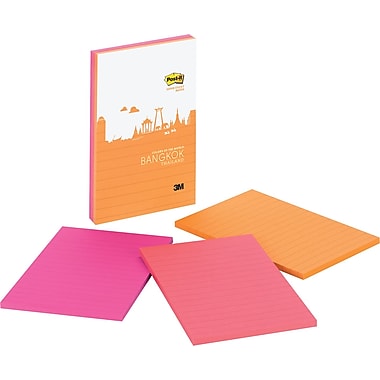 Yes, those are Post-It notes that say “Bangkok.”  And yes, just reading the word “Bangkok” was enough to make me snort inappropriately at Staples and say, “Huh huh… Bangkok.”

I also may or may not have spent the rest of the day singing “West End Girls” in my head.

First off, “Beavers… huh, huh…”  And secondly, mine personally is sometimes a nuisance, but I’m told it’s often a boon to others, so go figure.  Eye of the beholder, and all that.

(Yeah, I know it’s been awhile, but I’m back now, bitches!  I can’t promise posts every day just yet, but how about we go for 3 times a week and see how she flies?  You know I love all y’all!)

Catching up with Almost Human, and I can’t believe – of all the euphemisms for “android you have sex with,” they use “sex-bot,” “bang-bot,” and “sexual-this-and-that-android” — but they DON’T use “ho-bot?”  COME ON!!! “Ho-bot” is PERFECT!

Anyhoo, it got me thinking (always dangerous), so I present:

THE ABC’S OF AI

M:   Mo-bot – pokes you in the eyes and calls you a numbskull

S:  Sew-bot – Mends your clothes OR: So-So-bot – not really the best available version

X:  XO-bot – gives you hugs and kisses (cheaper but less satisfying than the ho-bot)

Z:  Best I can do is the Zoe-bot, which is a smokin’-hot African American android that can kick your ass and knows Nathan Fillion

Your turn, Hooligans – fill in the vowels for me or add your own!

First real day on the new job under my belt, and I’m chillin’ watching this great series on NatGeo:  “The 80’s: The Decade That Made Us.”  So Hooligans, it’s time for...

Hair was big and life was large.

We listened to the Bangles and that freakin’ El DeBarge.

All the skills they knew we’d need when that ol’ Red Button blew.

Now we sit here all grown up now,

In our forties (either side)

We realize we’re still breathing long past when we thought we’d die.

So we crack up in our thousands

Turn to drink and drug and vice.

Our heads still filled with “WOLVERINES!” and that damn Vanilla Ice

Our parents think it’s their fault, but there’s no one left to blame

We listen to the theories and we never bat an eye.

The enemies are different and the world is not the same

And if you’re not singing the Dire Straits song right now, I don’t know if we can still be friends… although that song uses the word “faggot” and I try not to use hurtful words like “faggot”… you motherfuckers…

So if you’ve been keeping up with the rest of the class, you’ll remember that Hoody is currently  unemployed.  But I can’t find me no job, and here’s why — everything I wanna be just won’t work.  Let’s examine our choices, shall we?

DUH, of course I wanna be a pirate, of the Captain Jack Sparrow variety, not the Somali kind (which is good, ’cause I’m not Somalian).  On the plus side — I have my own swords and I have no problem with holding knives in my teeth.  Also, I like rum and hush puppies, which according to this placemat I got from a seafood restaurant is all pirates eat.  I even know all the words to the Jimmy Buffett song about being a pirate.  But you know there’s gotta be some…

A.  As previously mentioned, not Somalian, which is really the only type of pirate you hear about nowadays.

B.  Startup costs appear to be pretty fucking high.  Apparently I would need a pirate ship, some poofy pants, and at least 2 or 3 “scurvy dogs” to act as crew, and that’s the bare minimum.  And I can’t get an estimate on a ship because the Chris-Craft guy had my number blocked, the scurvy dog.  I know where you live, Eugene.

Dear Sweet Mama;s neighborhood has A LOT of squirrels, so I figured this one would be a cinch.  I started out by naming all the squirrels:  Too Fat, Gretzky (who knocks the other squirrels over), Tebow (who is most often the victim of the knocking over), Lucky (who has a bald patch on his tail where he got away from some other critter), and Other One.  Then I realized it was not to be, all because of one insurmountable

A.  I have no tail.  And it seems that more than half of squirrel communication (Squirrelese) involves twitching or shaking the tail.  So I could not communicate with my subjects, making the experiment invalid (and earning me the name “Enormous Retarded Hairless Squirrel Who Gives Us Nuts”).

So I’m open to y’all’s suggestions as to how I should  become a productive member of society.  But remember my handicaps:  Not Somalian, got no money, got no tail, and am not Stephen King.  Go from there.

Although a very dear friend in Singapore tells me it’s End of the World Day there already and… well, they’re still there, there are also people saying the Mayan ‘Pocolypse isn’t scheduled until around 6:20 am EST… So, in case we all die, I leave you with some wisdom.  ‘Cause I’m all like Yoda n’ shit.

1.  Dear Sweet Mama and I have  DISCOVERED a brand new word.

“Alacricity” <Ah-lah-KRISS-uh-tee>. Noun.  1.  The instant of intense pain and shock you feel when your completely acceptable shoes  set off the static electricity while you are  trying to cure cancer.  2.  The exact moment at which a food becomes manky (i.e., unfit to eat).  Example:  “I threw out those glazed donuts due to the alacricity of their icing.”

2.  When I first moved in with DSM and The Concubine, I  expressed my concern over their habit of leaving the blinds open during the day, due to my own habit of being without pants.  DSM said I would “get used to it.”  I have not, but I presume the neighbors have “gotten used to” not looking in this direction.

3.  I am considering making the infamous Broccoli Stuff to take to our friends’ house for Christmas dinner.  My conundrum is this:  Given the potentially-deadly nature of Broccoli Stuff, is giving it to other people an act of friendship or an offense outlawed by the Geneva Convention?  Discuss.

Love to y’all, and if the End Times ARE upon us, remember, the new East Coast rally point is Joisey!

Back to the Drawing Board, Etc.

I mentioned in yesterday’s comments that I can’t decide which PSA I hate — the marriage one or the stroke one.  I’m heavily leaning toward the stroke one, actually there are two, but one really ignites my rage.  Here’s why:

I’m driving peacefully along, waiting for Glenn Beck to start crying (like ya do), when the commercial break comes on.  And it’s this man saying “Have you ever had problems understanding what people are saying?”  But he says it all fucked up — like “Have you problems had saying people understanding what ever are?”  Like a very drunk Yoda.  And I get it, I get it — you’re illustrating the symptoms of a stroke, Mr PSA Man.  But guess what, asshole?

YOU MADE ME THINK I’D HAD A STROKE.

In the CAR.  On the INTERSTATE.  YOU DICK.

And also?  Everyone who uses any kind of siren in their commercials or music (except the drag queen party siren — I like that) needs a kick in the junk.  Stop making me look for imaginary police!

1.  If you are at the greasy sammich-and-biscuit joint and you take 10 whole minutes to order because of all your special dietary requirements, YOU SHOULD NOT BE AT THE GREASY SAMMICH-AND-BISCUIT JOINT!

2.  Counter girl, all I ordered was tea.  I can see the tea from here.  Stop sacking up other people’s biscuits and GIMME MY TEA!

And finally, although political commercials are already getting so annoying I don’t know how we’re gonna make it to November, they’re all a hell of a lot funnier if you add “Yo mama” at the end.  For instance:

Announcer dude:  “Who’s the candidate who knows how to bring back American jobs?”

It’s like the time Chuckweasel and I got so tickled for no reason by the phrase “in Haifa.”  I don’t really remember what horrible thing I had said to get it started, but for the rest of the day everything was “in Haifa” and we thought it was HILARIOUS.

CW:  Babe, what are you doing?

HH:  I’m cleaning out the closet… IN HAIFA.